About Rice University
Rice University is an elite private University known for excellence in science and engineering. Its 7000 students come from all over the world, and reflect the cosmopolitan population of its host city, Houston. Houston is a young and vibrant city with many cultural and culinary offerings. Rice is situated next to the Texas Medical Center, the world's largest. Rice University has an internationally known program in ultracold atomic physics, which includes 4 experimental groups and 2 in theory.
BACK TO TOP 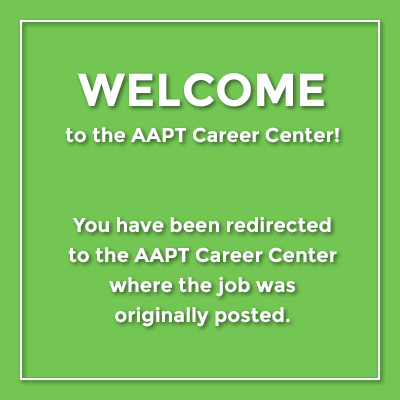 PRIVACY POLICY
The American Association of Physics Teachers (AAPT) is a partner in the AIP Career Network, a collection of online job sites for scientists and engineers. Other partners include Physics Today, the American Association of Physicists in Medicine (AAPM), American Physical Society (APS Physics), AVS Science and Technology, and the Society of Physics Students (SPS) and Sigma Pi Sigma.
For assistance, please call 1-888-491-8833 or e-mail customerservice@support.boxwoodtech.com